Last week our Technician Blair had the misfortune of a fire in his downstairs room which started due to an electrical fault.

It was early morning and from the upstairs bedroom a faint beeping could be heard.   Blair headed downstairs, smelled smoke, saw thick brown smoke leeching under the door and quickly got his family out and called the fire department.  Luckily, the FD arrived very quickly and only one room suffered major fire damage, along with smoke and electrical damage to the rest of the house.

And in a strange coincidence one of our Directors Brendon managed to prevent a serious fire at a motel this weekend.  Awoken in the middle of the night he heard a faint beeping and recognised it as a smoke alarm.  Upon investigation he found an occupant two rooms away, fast asleep with eggs burning on the stove which had filled the unit with thick black smoke.

The battery smoke alarms did their job in the room where the issue was but the beeping was not loud in other parts of the house, nor loud enough to wake someone from a deep sleep.  In both cases as luck would have it, the faint beeping was heard and people took appropriate action.

Where smoke detectors are hard wired into your alarm system (as opposed to a stand-alone battery-operated smoke detector from the hardware store) a smoke activation in one part of the house will set off the entire security system siren alerting everyone a lot earlier.

Blair had recently moved into this house and was about to add an alarm system with integrated, wired smoke detection.  When you are contemplating the best way to keep your family safe, we recommend you think about doing this too.  Speak to one of our friendly experts today about what’s involved.  Phone 09 377 3778 or email advice@aa.net.nz 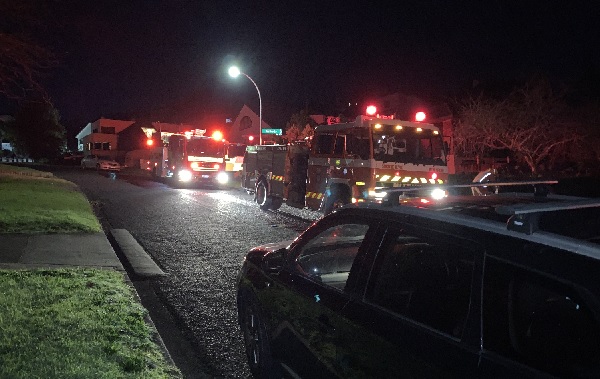